ABOUT Winner:
Gili Yaari is an Israel-based photojournalist specializing in documentary and news photography. In his work, Gili focuses on social and humanitarian issues. Yaari has participated in several group exhibitions in Israel and worldwide including The Save a Child's Heart (SACH) Photography Exhibition which is a joint project of the Israeli Ministry of Foreign Affairs and SACH, launched as part of Israel's 60th anniversary celebrations. The Exhibition is traveling around the world in five copies. Gili's works appear in various Israeli and international magazines and daily papers. Since 2007 he is a contributing photographer for the Jerusalem based photo agency Flash90.
ABOUT IPA:
The 2013 International Photography Awards received nearly 18,000 submissions from 104 countries across the globe. IPA is a sister-effort of the Lucie Foundation, where the top three winners are announced at the annual Lucie Awards gala ceremony. The Foundation's mission is to honor master photographers, to discover new and emerging talent and to promote the appreciation of photography. Since 2003, IPA has had the privilege and opportunity to acknowledge and recognize contemporary photographer's accomplishments in this specialized and highly visible competition. Visit www.photoawards.com 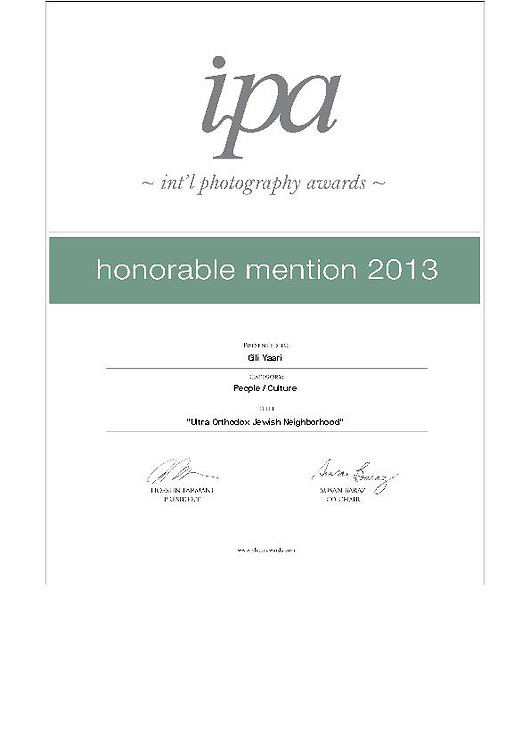