SUFA, ISRAEL - JULY 17, 2014: Israeli soldiers and armoured vehicles are seen as smoke rises in the background, outside an Israeli village where a battle between Isareli soldiers and armed Palestinians took place this morning. IDF forces identified some 13 Gaza terrorists who attempted to penetrate into Israel through a tunnel from Gaza Strip Thursday morning.The IDF forces attacked the group and some direct hits were identified.
Photo by Gili Yaari. 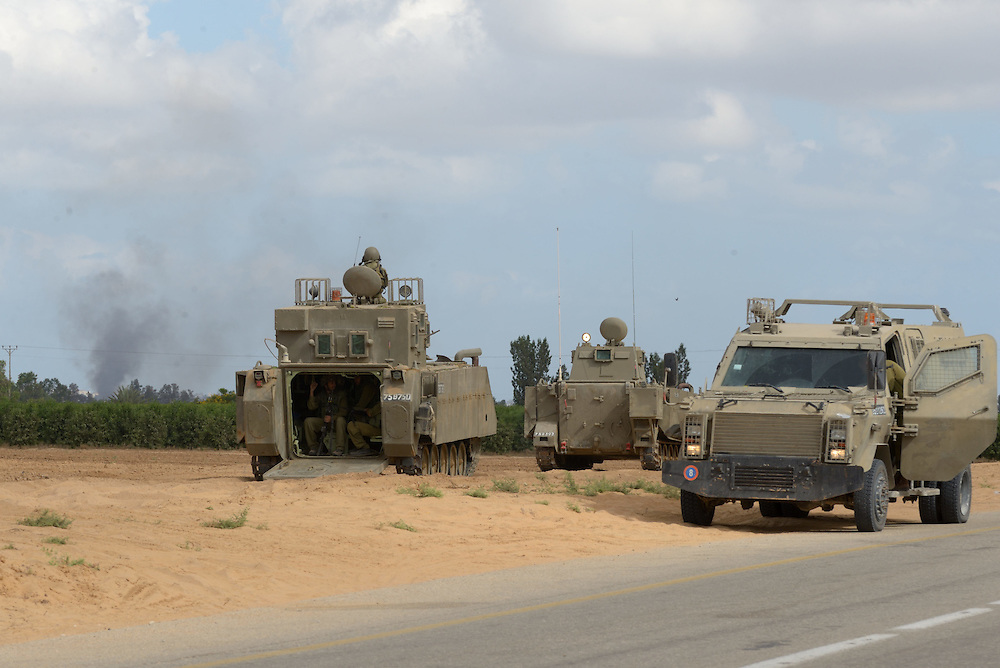