Israelis take part in the reenactment of the Hattin Battle in Horns of Hattin, North of Israel on July 4'th 2015. The Battle of Hattin took place on July 3 and 4, 1187, between the Crusader Kingdom of Jerusalem and the forces of the Kurdish Ayyubid sultan Salah ad-Din, known in the West as Saladin.
The Muslim armies under Saladin captured or killed the vast majority of the Crusader forces, removing their capability to wage war.As a direct result of the battle, Islamic forces once again became the eminent military power in the Holy Land, re-conquering Jerusalem and several other Crusader-held cities.These Christian defeats prompted the Third Crusade, which began two years after the Battle of Hattin. Photo by Gili Yaari
**ISRAEL OUT UNTIL JULY 11'TH, 2015** 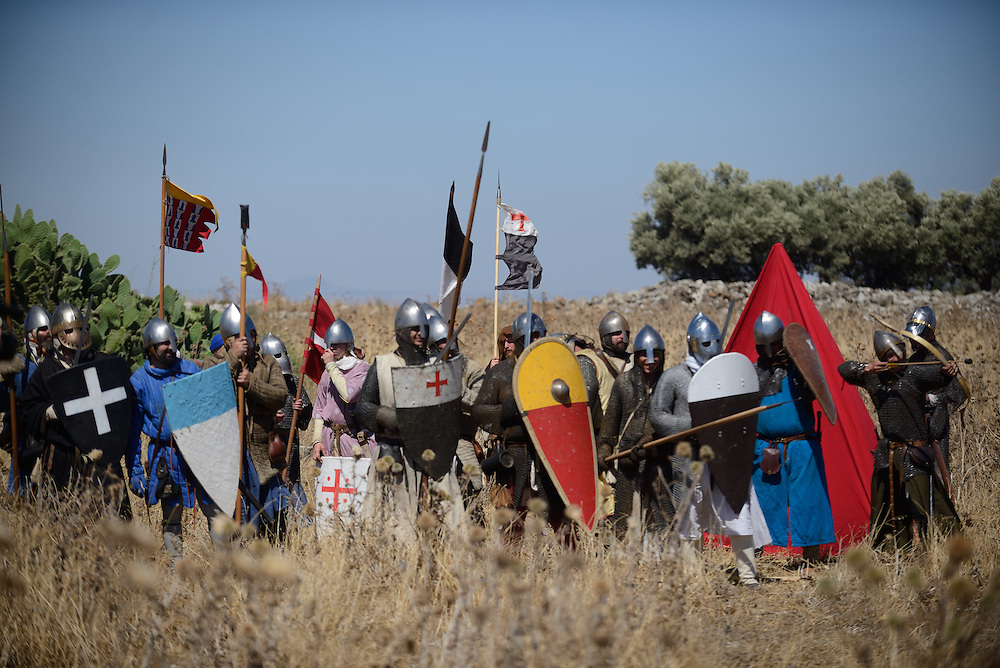